Between 60 and 70 protesters on Wednesday February 9 gathered in a parking lot across the street from Palatine Dist Elementary School. 15 school board members were due to hold their board meeting to advocate for students to have the choice of wearing face masks inside schools.

However, the council canceled that meeting at Sundling Junior High in Palatine and rescheduled it to February 11 on Zoom, as the district feared the meeting hall could not accommodate many of these protesters, who also might not follow. the face mask. protocol inside the building.

After learning that the meeting had been postponed, some of the protesters called the school board members “cowards” for postponing the meeting and holding it virtually.

Several elected officials attended the event. Parents also brought their children, who shared their feelings about wearing masks in schools.

On February 4, a Sangamon County judge issued a ruling on parents’ and employees’ requests for temporary restraining orders regarding COVID-19 mitigation strategies in Illinois schools. The lawsuits were filed against 145 Illinois school districts and sought to invalidate the governor’s mask mandate and quarantine requirements. Additionally, the lawsuits seek to invalidate the need to require vaccinations and/or testing for staff. Dist. 15 was not named in this lawsuit and therefore the orders do not apply to Dist. 15 and its schools.

Annerino said he was only present at the protest as an observer and did not wish to make a statement about the protest.

At the protest, Del Mar told the crowd that her daughter was a Dist. 15 eighth grade student who is required to wear a mask at school. He said she couldn’t hear her classmates.

Another protester told the crowd, “I’m going to burn everything, including my own business, to get these kids out of these masks.

Fifth grader Jillian Dahl said she, her mother Jennifer and another mother recently entered a Dist. 15 school deliberately did not wear masks. She said school officials told her mother Jillian she wouldn’t be allowed to go to school unless she wore a mask and threatened to call the police.

Another student speaking at the rally, Aerial Zhong, claimed that she and her younger sister wore face shields at school, but recently decided to enter school without wearing them. She said school administrators forcibly put a face shield on her sister’s head, but did not put one on her head when she waved them off. 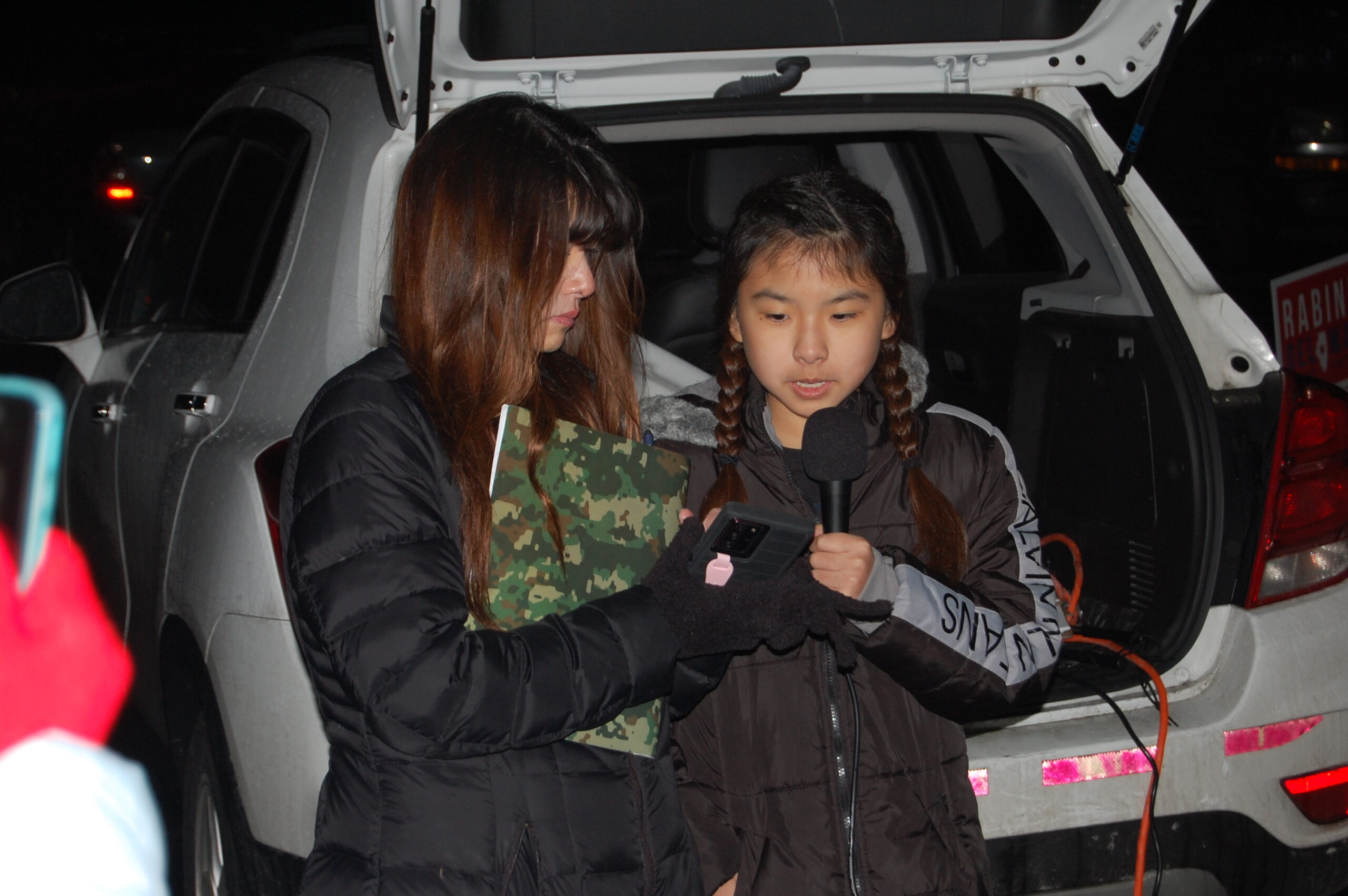 Another demonstration is planned tomorrow (Friday) at 7:30 in front of the Dist. 15 administration building near the intersection of the Northwest Freeway and Hicks Road.

Support local news by subscribing to Journal & Topics in print or online.