As the school system struggles to cover bus routes, a veteran driver fills the void with a new startup

As a Chesterfield County school bus driver for more than two decades, Cheryl Whalon was no stranger to the transportation challenges that have plagued the school system in recent years. Low pay, changes in back-to-school hours and ongoing driver shortages have added stress to a job she loves.

But in August, when Superintendent Merv Daugherty asked parents to drive their own children to school as the district raced to fill 100 bus driver vacancies, she knew this time was different. 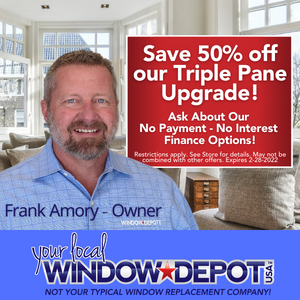 As more than 60,000 county students returned to class, many for the first time since the coronavirus pandemic began in March 2020, the shortage of bus drivers caused a logistical nightmare: students arrived at the school after the bell rang and returned home in the late afternoon and early evening. Morning and afternoon traffic jams at schools worsened, spilling onto surrounding roads as more parents dropped off and picked up their children.

“It’s something people pay for [for with] their taxes,” says Whalon. “They should be able to get their child on their bus in a timely manner.”

Whalon had just retired Sept. 1 after 23 years of driving buses, but she loved working with children — and she wanted to do something to help. So she and her husband, Daniel, a truck driver, found a solution to relieve parents and their children of the shortage of drivers. The answer was Mrs. C’s Kids Transport LLC, a private company that transports students to and from school in the mornings and afternoons.

Although Whalon’s retirement was short-lived, returning to work was an easy decision for her. Opening the business was a way for her to continue driving without dealing with the added stress that many drivers are feeling in light of the shortage.

Whalon and her husband were able to start the business with the help of her late father, who died of natural causes on September 11 this year. He was a hardworking man who always worked more than one job at a time and had a good work ethic for his children, Whalon recalled. Before he passed away, he gave Whalon and her husband an inheritance and asked what they planned to do with the money. When they shared their plans for a new transportation company, he was thrilled.

“I want to keep making him proud,” Whalon said.

With this inheritance, the couple purchased a charcoal gray van that could carry seven passengers. The business started in August but has continued to grow, Whalon says. They have since hired an additional driver and purchased an additional van and two minibuses that can carry up to 14 students each.

Although starting the business was fairly easy, Whalon and her husband ran into a bump in the road with the Virginia Department of Motor Vehicles shortly after opening. For a short time, they were unable to charge students for their transportation services because they did not have the proper license needed to operate for a fee in the state of Virginia. Now the business is running again for $50 a week or $10 a day.

Parents have continued to donate money during the interim, using the service to avoid hours of waiting in school queues. Whalon says many parents feared they would lose their jobs unless they found alternate transportation.

“I don’t want to see anyone lose their job because of this,” Whalon says. 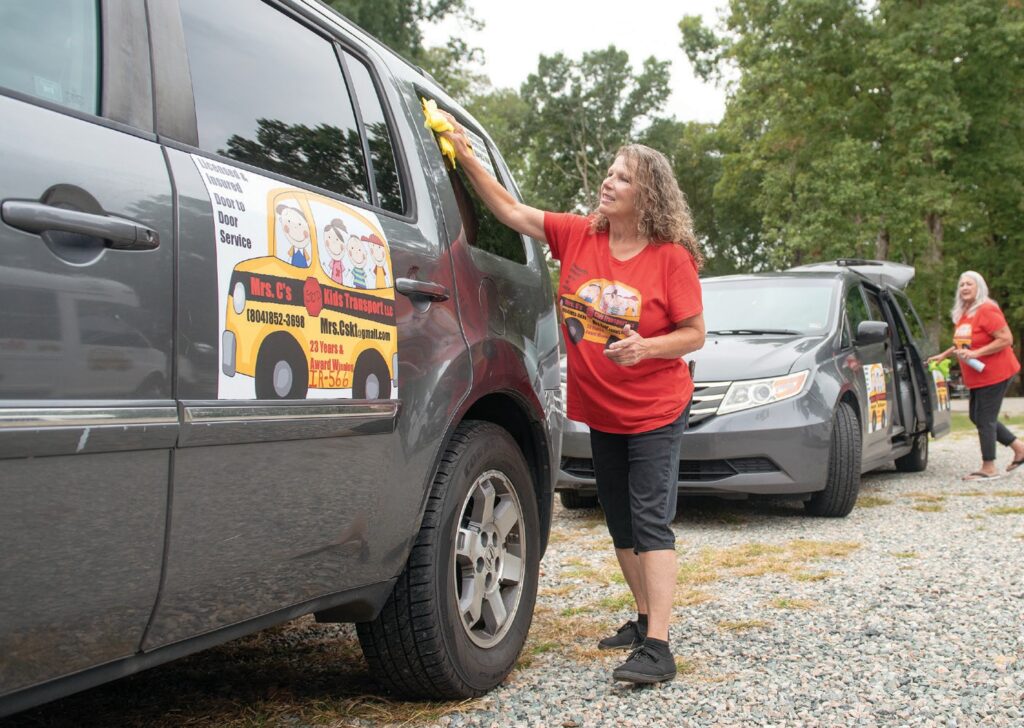 Cheryl Whalon wipes down one of her student transport vans after completing morning routes earlier this month. ASH DANIEL

About 18 pupils currently use the transport company to get to their schools, including Grange Hall, Winterpock and Woolridge Elementary Schools, Midlothian Middle School and Cosby High School.

Jarrelle spent the past five years working as a county bus driver, but quit in August after working longer than normal hours in the first two weeks of school, which she says the physically and mentally exhausted.

“I felt bad, so I had to leave,” Jarrelle says.

Working for a private transport company, however, the joy returns.

Whalon and Jarrelle say one of their favorite parts of being a school bus driver was talking with their students and hearing how their days were going. Now, with fewer students to carry, they can get to know their students better, allowing them to form closer relationships.

Whalon says she loves her students and hopes they know they can always communicate openly with her. It’s clear that students and their parents love Whalon too: in 2020, she was nominated and won the goHappy award for EXTRAordinary Worker of the Year 2020, a national competition that celebrates frontline workers doing extraordinary work. .

The transportation activity also takes students to non-school locations and activities. On-demand ride services for kids, like California’s family ridesharing platform HopSkipDrive, have grown in popularity in recent years as a way to provide safe transportation for teens and children.

Whalon says taking children to non-school-related functions could future-proof her business if the bus driver shortage is resolved in the next few years, as it would keep her on the road to one way or another. She added that her business could also turn to transporting elderly people or other adults who need transport in the future.

The shortage of bus drivers has been a challenge for everyone, especially for the drivers, some of whom still make several consecutive journeys, called double-return and triple-return, to cover all routes. Many feel stressed and overworked, Whalon says.

“My heart really goes out to them,” Whalon says. “They work really, really hard.”

For parents needing transportation for their children, Whalon can be contacted at 804-852-3698 or [email protected]

TCSS schools are in “soft lockdown” all the time, according to the safety plan. School system wants to keep ‘learning from the mistakes’ of nation’s mass shootings – LaGrange Daily News

THE REGULARS: The importance of our public school system | Columnists